STATEWIDE ― Highway safety closures are in place due to active wildfires in several locations around the state. The closures are in response to wildfires that continue to burn or are expanding to locations near state highways. Wildfire conditions in Colorado are an active situation: fire conditions can change rapidly with closures at any time. Motorists should avoid fire areas and be prepared for new road conditions and delays. CDOT recommends that travelers “know before you go” by checking COtrip.org before traveling, having detour maps handy (see below) and packing emergency food, water, and other supplies.

Reopening for all routes below will depend on wildfire activity in the coming days. Closures include:

CDOT urges drivers to take recommended detours (see below) and not rely on mapping apps that may take motorists on forest roads and over mountain passes. Remote, rugged routes are not built for heavy traffic or for two-wheel drive vehicles. 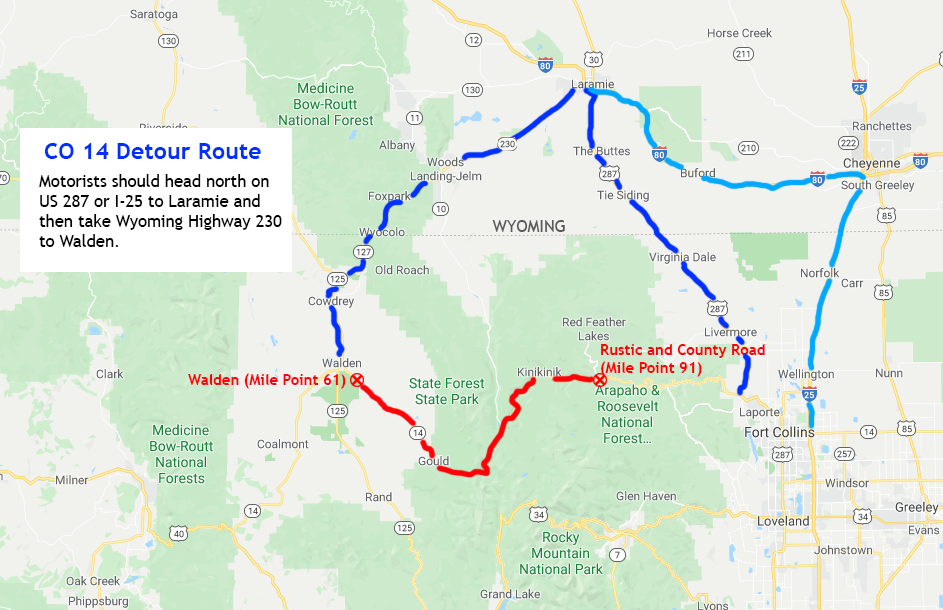 CDOT recommends traveling on CO 9 or CO 131 to access US Highway 40, or to travel in reverse from NW Colorado to points south or the recommended detour around the I-70 closure. CDOT advises commercial traffic to use CO 9 instead of CO 131, for safety purposes. Please note that while CO 13 is open at this time, it is not a recommended detour due to construction. Oversize commercial vehicles are not allowed on CO 13 due to construction restrictions.

The Voice of Colorado’s Trucking Industry